After navigating a season unlike any other, team celebrates on social media 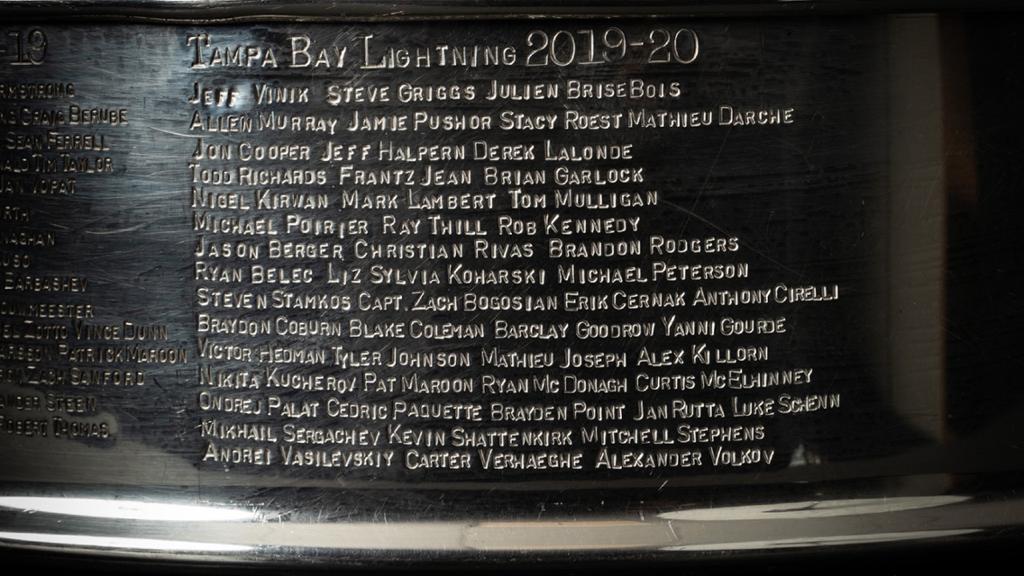 The 2019-20 Tampa Bay Lightning are now etched in history, quite literally.

The Lightning shared an up-close look at the fresh engraving on the Stanley Cup on Sunday. Fifty-two names of Lightning players, staff, coaches and owner Jeff Vinik were imprinted on the trophy.

The Lightning, who had the second most points in the Eastern Conference when the season was paused March 12 due to concerns surrounding the coronavirus, navigated the Toronto and Edmonton bubbles when play resumed on Aug. 1 and emerged as champions, defeating the Dallas Stars in the 2020 Stanley Cup Final in six games.

Arrangements are still being made for players and staff to have time with the Cup during the ongoing pandemic, but that didn't stop players from sharing the news of the engraving on social media.

Forward Blake Coleman simply shared the picture of the engraving with a heart eyes emoji.

"Is there anything more beautiful?" forward Tyler Johnson asked in his Instagram caption.

"Love you boys. The best day in my life!" defenseman Mikhail Sergachev wrote on Instagram.