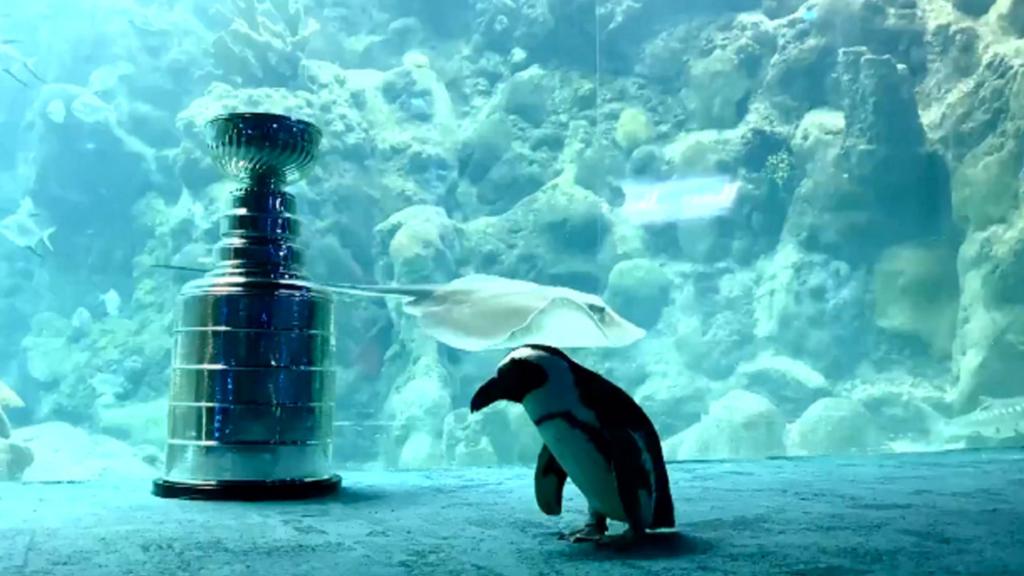 There's a reason it's called the coolest trophy in sports.

The Stanley Cup was hanging out at the Florida Aquarium and even made a friend.

Pebbles, a 13-year-old African black-footed penguin, was hanging with the Cup on Tuesday.

Tweet from @floridaaquarium: Pebbles is taking a victory lap around the @StanleyCup. We love supporting our Stanley Cup Champions, The @TBLightning������🐧 #FloridaAquarium #StanleyCup pic.twitter.com/PzzkAYNFob

The aquarium shared a short clip of Pebbles taking a "victory lap" around the Stanley Cup to celebrate the Tampa Bay Lightning's 2020 championship.

The Lightning showed their appreciation for their old pal Pebbles in a tweet.

Make sure nobody tells Thunderbug.