Sharks look to rebound with addition of Marleau, Dubnyk, Donato 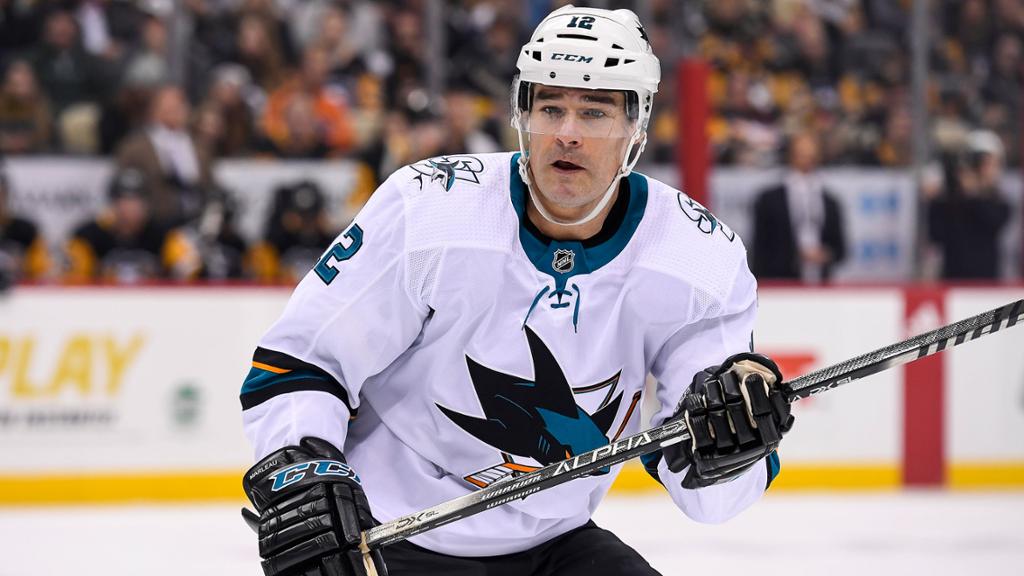 After the NHL Draft, free agency and other offseason moves, NHL.com is examining where each team stands in preparation for the 2020-21 regular season, which is targeted to start Jan. 1. Today, the San Jose Sharks:

The San Jose Sharks are hoping the return of their all-time leading scorer and having three key players back healthy will help them rebound from a poor season.

Patrick Marleau signed a one-year contract Oct. 13 to return to the Sharks, who traded him to the Pittsburgh Penguins on Feb. 24. The 41-year-old has the most games (1,551), goals (518) and points (1,102) in Sharks history, and he is hoping for one last chance to win the Stanley Cup.

"I still love playing, I still love the competition," Marleau said. "[I'm] still going after my dream of winning the Stanley Cup and, yeah, [I'm] still able to get out there and play and have fun. I think that's the thing that keeps me going."

Although one icon will be back in San Jose, another will not. Center Joe Thornton, who played the past 15 seasons for the Sharks, signed a one-year contract with the Toronto Maple Leafs on Oct. 16. The 41-year-old ranks first in San Jose history in assists (804), second in games (1,104) and points (1,055), and fourth in goals (251).

"Learned a lot from him and just going to miss his presence," defenseman Brent Burns told The Athletic. "He's one of a kind, and not anyone else like him. ... Tough to see him go."

The Sharks acquired goalie Devan Dubnyk and forward Ryan Donato in separate trades from the Minnesota Wild on Oct. 5. Dubnyk, who should compete with Martin Jones to be the No. 1 job, had the worst save percentage (.890) since his rookie season in 2009-10 (.889) and the third-worst goals-against average (3.35) of his 11-season NHL career last season.

"I know for a fact that I certainly didn't forget how to stop the puck and I got a ton of confidence that I can get my game back and even above where it was," Dubnyk said after the trade. "I think this is a good chance with a really good hockey team to do that."

San Jose also should get a boost from having defenseman Erik Karlsson and forwards Logan Couture and Tomas Hertl in the lineup together. Each missed significant time because of injury last season, when the Sharks finished last in the Western Conference with a .450 points percentage (29-36-5).

"We know that our best players have to come back and be our best players, that's a given," general manager Doug Wilson said. "You also want opportunities for your young guys, but you'd better have depth and veteran guys that can push them."

After finishing with the fifth-worst goals-against average in the NHL last season (3.21), the Sharks could seek another veteran defenseman to provide depth in case of injury.

Karlsson, who leads active NHL defensemen (excluding those who were rookies last season) in points per game (0.82), will continue to share top power-play minutes with Burns; they are ranked among the top 15 fantasy defensemen based on their individual and collective ceilings. Hertl had his best NHL points-per-game average in 2018-19 (0.96; second on the Sharks behind Burns' 1.01) and followed that up with his second best last season (0.75; tied with Couture for the Sharks lead). -- Pete Jensen