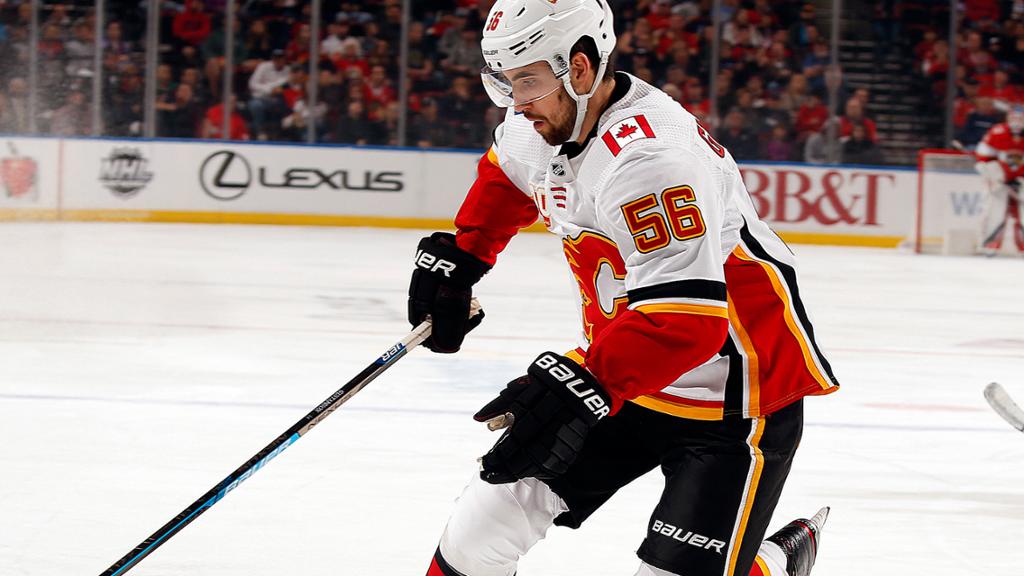 After the NHL Draft, free agency and other offseason moves, NHL.com is examining where each team stands in preparation for the 2020-21 regular season, which is targeted to start Jan. 1. Today, the Philadelphia Flyers:

Erik Gustafsson wasn't signed to replace Matt Niskanen, but the Philadelphia Flyers feel the 28-year-old defenseman can give them something they were lacking.

"[Gustafsson] has tremendous deception with the puck, tremendous poise," general manager Chuck Fletcher said. "We don't have a defenseman that sees the ice like he does, he can play on the power play. It's a different type of skill set than Matt ... there wasn't going to be that ability to replace Matt per se with the same style."

Niskanen was second among Flyers defensemen last season with 33 points (eight goals, 25 assists) and averaged 21:54 of ice time in 68 games playing the right side with Ivan Provorov (36 points; 13 goals, 23 assists) on the top defense pair and getting significant time on the power play and penalty kill.

Gustafsson scored 29 points (six goals, 23 assists) in 66 games for the Calgary Flames and Chicago Blackhawks last season. In 2018-19, he tied for third among NHL defensemen with 17 goals for Chicago.

"We think his skill set meshes really well with what we need," Fletcher said. "We think we have a lot of strong defenders on our team and we're very structured defensively as a group. His skill set, his ability to go back on pucks and make good decisions and transition the puck up the ice, we thought was a very important element to add to our group."

Gustafsson was the only significant addition for the Flyers after they finished with the sixth-best points percentage in the NHL (.645; 41-21-7) and won a Stanley Cup Playoff series for the first time since 2012, defeating the Montreal Canadiens in six games in the Eastern Conference First Round.

They allowed bottom-six forwards Tyler Pitlick (Arizona Coyotes), Derek Grant (Anaheim Ducks) and Nate Thompson (Winnipeg Jets) to sign elsewhere and likely will replace them from within the organization, especially with forwards Oskar Lindblom and Nolan Patrick expected to be fully healthy this season.

Lindblom returned from cancer treatment to play against the New York Islanders in Games 6 and 7 of the second round. Patrick missed all of last season because of a migraine disorder but has been skating and working out near his home in Winnipeg, including recently participating in a scrimmage. Fletcher said he remains confident that Patrick, the No. 2 pick in the 2017 NHL Draft, will be a key contributor.

"I think our forward group right now is more talented and deeper than what it was at any point last year," Fletcher said. "And I think that we have pretty good depth on defense now and we have good depth in goal. We have a good team."

Derek Grant, F: Scored five points (one goal, four assists) in seven games after being acquired in a trade from Anaheim on Feb. 24 and had two assists in 15 postseason games. He signed a three-year contract with the Ducks on Oct. 9. ... Matt Niskanen, D: Retired after playing 949 NHL games with the Flyers, Washington Capitals, Pittsburgh Penguins and Dallas Stars. He won the Stanley Cup with Washington in 2018. ... Tyler Pitlick, F: Scored 20 points (eight goals, 12 assists) in 63 regular-season games and three points (two goals, one assist) in 16 postseason games. He signed a two-year contract with Arizona on Oct. 9. ... Nate Thompson, F: Had one assist in seven regular-season games after being acquired in a trade from Montreal on Feb. 24 and scored one goal in 16 postseason games. He agreed to terms on a one-year contract with Winnipeg on Oct. 10.

To determine their center depth behind Sean Couturier and Kevin Hayes. The Flyers hope Patrick will be healthy enough to be the third-line center. Among the other candidates for one of the bottom-two center spots are Scott Laughton, Michael Raffl, Connor Bunnaman, Frost and Laczynski.

After Niskanen's retirement, there is a spot open as the No. 2 fantasy defenseman in Philadelphia behind Provorov. Candidates include Shayne Gostisbehere, Travis Sanheim, Philippe Myers and Gustafsson. With the Flyers having plenty of forward depth and elite starting goalie Carter Hart, replacing Niskanen is one of their biggest questions. Sanheim was on an 82-game pace for 30 points last season, but Gustafsson has a higher fantasy gear considering he's not far removed from an NHL career-high 60 points (17 goals, 43 assists) for the Blackhawks in 2018-19. -- Pete Jensen