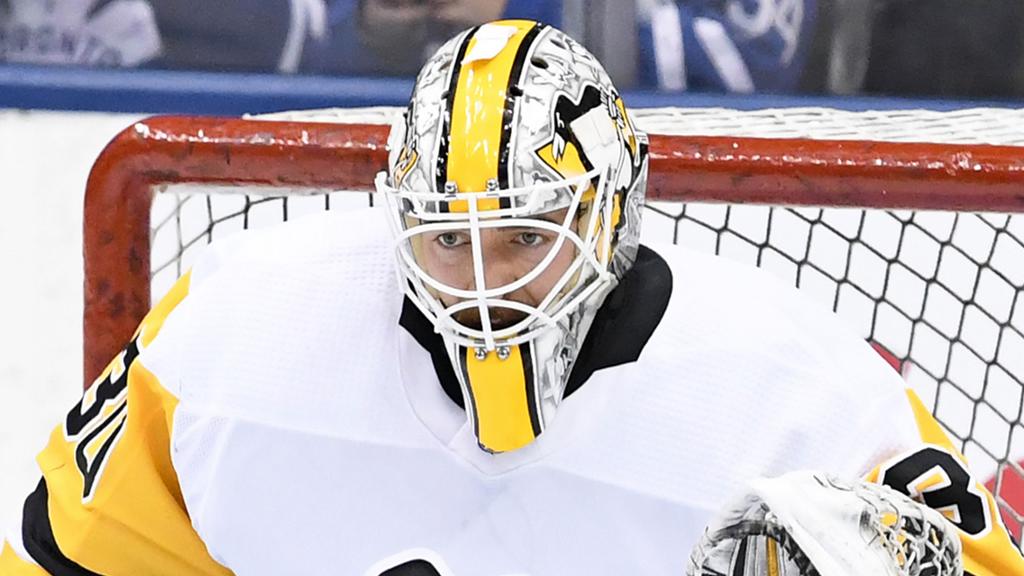 After the NHL Draft, free agency and other offseason moves, NHL.com is examining where each team stands in preparation for the 2020-21 regular season, which is targeted to start Jan. 1. Today, the Ottawa Senators:

The Ottawa Senators have been one of the busiest NHL teams this offseason, using free agency, the trade market and three first-round picks in the 2020 NHL Draft to stockpile talent as part of their rebuild.

The marquee name among the Senators' additions is goalie Matt Murray, a two-time Stanley Cup winner with the Pittsburgh Penguins (2016, 2017) who was acquired in a trade Oct. 7 for forward Jonathan Gruden and a second-round pick in the 2020 NHL Draft (No. 52). Murray, defenseman Erik Gudbranson, acquired in a trade from the Anaheim Ducks, and forwards Evgenii Dadonov and Alex Galchenyuk, signed as free agents, bring much-needed skill and experience.

"We've invested a significant amount of money to make this team better and get on the right path," general manager Pierre Dorion said. "I'm excited for our fans, the product we're going to put on the ice and how we're going to be harder to play against and as talented."

The Senators went 25-34-12 (.437 points percentage) and finished 15th of 16 teams in the Eastern Conference last season. Ottawa has failed to qualify for the Stanley Cup Playoffs in each of the past three seasons, but Murray is encouraged by the path being taken. He agreed to a four-year contract with the Senators two days after the trade.

"I see a team that's headed in the right direction and headed there pretty quickly," Murray said. "I see a good fit there so I'm pretty excited."

Having added experience, Ottawa brought in talent in the draft with forward Tim Stuetzle (No. 3), defenseman Jake Sanderson (No. 5) and forward Ridly Greig (No. 28). The announcement of Stuetzle's selection was made by long-time "Jeopardy" game show host Alex Trebek, an alumnus of the University of Ottawa.

Stuetzle had arm surgery after training with Mannheim of the Deutsche Eishockey Liga on Oct. 15. His recovery time was expected to be 6-8 weeks.

Matt Murray, G: The 26-year-old has won at least 20 games in each of the past four seasons and was 20-11-5 with a 2.87 goals-against average in 38 games last season. … Erik Gudbranson, D: The 28-year-old, who scored nine points (four goals, five assists) in 51 games for the Anaheim Ducks and Penguins, is expected to bring a physical edge the Senators have been lacking. He was acquired in a trade with the Ducks on Oct. 9. … Evgenii Dadonov, F: The 31-year-old agreed to a three-year contract on Oct. 15. The three-time 25-goal scorer was fourth on the Florida Panthers with 47 points (25 goals, 22 assists). … Alex Galchenyuk, F: The 26-year-old, who scored 24 points (eight goals, 16 assists) for the Penguins and Minnesota Wild last season, agreed to a one-year contract on Oct. 28. … Austin Watson, F: The 28-year-old, acquired in a trade with the Nashville Predators on Oct. 11, scored 14 points (six goals, eight assists) in 53 games. … Josh Brown, D: Acquired in a trade with the Panthers on Oct. 2 and agreed to a two-year contract on Oct. 11, he scored eight points (three goals, five assists) in an NHL career-high 56 games.

Bobby Ryan, F: Agreed to a one-year contract with the Detroit Red Wings on Oct. 9 after being bought out by the Senators. He scored eight points (five goals, three assists) last season … Craig Anderson, G:  He is an unrestricted free agent after Ottawa announced on Sept. 23 that they would not renew his contract. … Mark Borowiecki, D: Agreed to a two-year contract with the Predators on Oct. 9. He had NHL career highs in goals (seven), assists (11) and points (18). … Anthony Duclair, F: The unrestricted free agent scored 40 points (23 goals, 17 assists) in 66 games and had an NHL career-high in goals. … Ron Hainsey, D: The unrestricted free agent scored 12 points (one goal, 11 assists). … Mikkel Boedker, F: Agreed to a two-year contract with HC Davos of the National League in Switzerland on May 19. He scored four points (two goals, two assists) in 20 games.

Video: Alex Trebek announces Tim Stuetzle to Sens at No. 3

Offense. The Senators scored 190 goals last season, tied for 22nd in the NHL. Galchenyuk and Dadonov each has scored at least 28 goals in a season but Ottawa must get scoring up and down the lineup while Stuetzle, Norris, Formenton and forward Drake Batherson develop at the NHL level.

Though Murray won't have the supporting cast he did with Pittsburgh, Ottawa offers valuable fantasy skaters in Dadonov, forward Brady Tkachuk and defenseman Thomas Chabot for goal support and a promising prospect pool for long-term appeal. Murray has a .914 save percentage in 199 regular-season games, indicating he can handle a heavier start and save volume. -- Pete Jensen