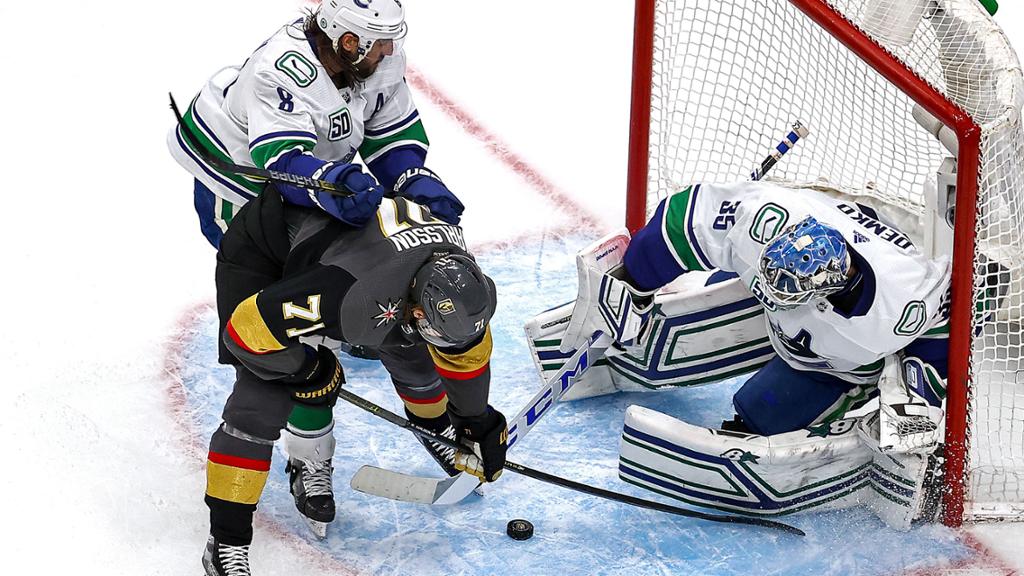 NHL.com identifies fantasy hockey sleeper candidates for the 2020-21 season. For more fantasy coverage, visit NHL.com/Fantasy and subscribe for free to the NHL Fantasy on Ice podcast.

NOTE: Sleepers are players taken in the late rounds who can vastly outperform their average draft position. They can be young players who have scratched the surface or more experienced ones who remain undervalued for any reason(s). Rookie sleepers (e.g. Kirill Kaprizov, Ilya Sorokin) are included in NHL.com's top rookies story.

Acquired from the Pittsburgh Penguins on Sept. 24, Hornqvist is worthy of a late-round selection for category coverage of power-play goals and hits (2.1 per game last season). Hornqvist, who ranks 22nd in the NHL in power-play goals (49) since 2014-15, joins a strong Florida Panthers power play, which ranks sixth in the NHL (22.5 percent) over the past three seasons combined. The best-case fantasy scenario would be for Hornqvist to also land a spot on the top line with high-scoring forwards Aleksander Barkov and Jonathan Huberdeau.

The 24-year-old stepped in for starter Jacob Markstrom (unfit to play) in Game 5 of the Western Conference Second Round and nearly led the Vancouver Canucks to a series comeback against the Vegas Golden Knights, going 2-1 with a .984 save percentage (123 saves on 125 shots faced) and one shutout in three starts facing elimination. Demko should form a strong timeshare tandem with Braden Holtby, who signed a two-year contract with Vancouver on Oct. 9, after the departure of Markstrom in free agency and has an outside chance to emerge as the starter. It's worth noting Holtby has had a mediocre SV% (.906) over the past three regular seasons with the Washington Capitals.

He was having a breakout fantasy season prior to an ankle injury last season and led Columbus in goals (21) and points per game (0.73) in 49 regular-season games. Bjorkstrand, who should be available late in fantasy drafts again this season, will likely either play with either valuable center Pierre-Luc Dubois (10 points in 10 Stanley Cup Playoff games) or bounce-back candidate Max Domi (acquired from Montreal Canadiens; 72 points in 2018-19).

The 31-year-old signed a three-year contract with the Ottawa Senators on Oct. 15 and immediately becomes their second most valuable fantasy skater behind left wing Brady Tkachuk. Dadonov, who has scored 81 goals over the past three seasons (T-36th in NHL), will no longer have the luxury of playing with Barkov and Huberdeau in Florida but is guaranteed to have a first line and top power-play role in Ottawa with exposure to Tkachuk, defenseman Thomas Chabot and one or more of its strong prospects (Tim Stuetzle, Josh Norris, Drake Batherson). Dadonov scored 65 or more points in each of his first two full seasons with the Panthers and has a realistic chance to score at least 55-60 for the up-and-coming Senators.

After the New York Islanders traded defenseman Devon Toews to the Colorado Avalanche, Pulock could take on a full-time, first power-play role with exposure to Mathew Barzal. Pulock has been a consistent source of goals (29 over first three full seasons), points (at least 32 in each of past three seasons), hits (1.6 per game in NHL career) and has a much higher ceiling in power-play points (28 over past three seasons).

He signed a two-year contract with the Edmonton Oilers on Oct. 7 after not playing in the NHL last season and has renewed fantasy appeal. Puljujarvi, the No. 4 pick in the 2016 NHL Draft, had 53 points (24 goals, 29 assists) in 56 games for Karpat of Liiga, Finland's top professional league, last season and is worthy of a late-round fantasy pick with the opportunity for a top-six role with exposure to an elite center in either Leon Draisaitl (led NHL with 110 points last season) or Connor McDavid (97, second).

Acquired from the Minnesota Wild on Oct. 5, Dubnyk will likely be the new No. 1 goalie over Martin Jones for the San Jose Sharks, who missed the Stanley Cup Playoffs last season but dealt with some major injuries (Tomas Hertl, Erik Karlsson). Dubnyk is coming off an underwhelming fantasy season but played at least 60 games in each of his prior four seasons (2015-16 to 2018-19) with a .918 SV% in the span. The Sharks have sneaky bounce-back appeal as a team if they can stay healthy and maximize the production of Karlsson and fellow elite defenseman Brent Burns.

He was acquired by the Canucks from the Golden Knights on Oct. 13 and should have a heavy even-strength workload this season. Schmidt, who scored at least 30 points in each of his three seasons with the Golden Knights, goes from one deep offense to another in the Western Conference and could have a higher gear with the Canucks, especially if he plays with Quinn Hughes at even strength after the departure of Christopher Tanev in free agency. It's worth noting Schmidt ranked second among Vegas skaters in shots on goal (66) behind Shea Theodore (80) this past postseason.

The Golden Knights wing played mostly on the second or third line at even strength this past postseason but led them in goals (eight in 20 games). Tuch, who was limited to 42 games last season because of injury, had an NHL career-high 52 points (20 goals, 32 assists) in 2018-19 and has a much higher ceiling for one of the safest fantasy teams in Vegas, especially if he lands a top-six role with a valuable wing in either Mark Stone, whom he played on a line with at times in the postseason, or Max Pacioretty.

He scored an NHL career-high 27 goals in 2018-19 but took a step back last season and has yet to reach his potential through three seasons, including the playoffs (23 points in 49 games). But with elite wings Brad Marchand and David Pastrnak expected to miss the start of the season after offseason surgeries, DeBrusk could start the season on a line with valuable center Patrice Bergeron and make a case for the Bruins to spread out their top scorers once they return to full strength.