Hockey has lengthy history in Hollywood

by Stan Fischler / Special to NHL.com 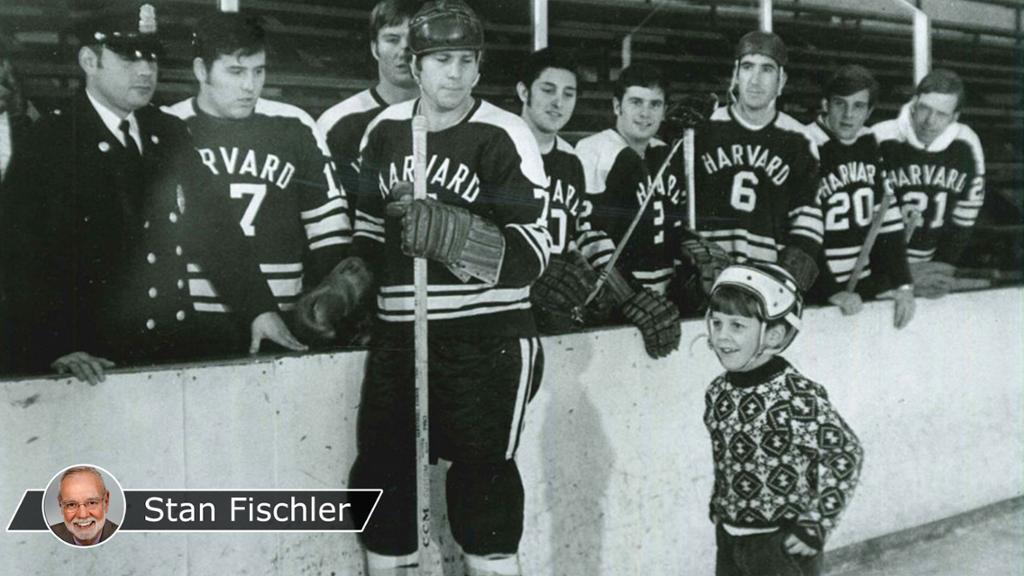 Legendary hockey reporter Stan Fischler writes a weekly scrapbook for NHL.com. Fischler, known as "The Hockey Maven," shares his humor and insight with readers each Wednesday.

This week, Stan looks at some of his favorite old movies that feature hockey, beginning in the mid-1930s. John Wayne and Ronald Reagan are among the famous stars who appeared in these flicks.

Ask fans about their favorite hockey-related movies and you'll get answers such as "Slap Shot," "Miracle," "Youngblood" and "The Mighty Ducks."

But hockey was part of the Hollywood scene long before movies like these hit the theatres. Here are 10 of the best puck flicks that were released from the mid-1930s to the early 1970s.

"King of Hockey" -- This was a melodrama starring 1930s box office idol Wayne Morris and Dick Purcell. The plot line involved gamblers trying to get a player to throw a game and featured college skaters from Southern California and Loyola. Filmed in 1936, it featured Morris as a goalie named "Jumbo." Purcell wasn't much of a skater, so he was shown only from the waist up.

"Idol of the Crowds" -- By 1937, John Wayne was already one of the most popular stars in Hollywood. For this film, he traded in his horse and gun for skates and a stick, playing a retired hockey player who returns to the ice in order to make enough money to enlarge his chicken farm. Like Purcell in "King of Hockey," Wayne wasn't much on skates. To compensate, director Arthur Lubin offered body shots of "The Duke," then cut to a pair of skating legs -- those of a stunt man.

"Hell's Kitchen" -- The Dead End Kids (Leo Gorcey, Huntz Hall, Gabe Dell) shared the spotlight with Ronald Reagan in this 1939 film, The plot had the Dead Enders' school playing hockey against another institution that (secretly) was staffed with pros. The movie used members of the New York Americans for the hockey scenes.

"It's a Pleasure" -- This was a solid "B" movie that was filmed in 1945 and is considered by many as technically the best hockey flick made to date. Michael O'Shea starred with famed skating queen Sonia Henie as a hockey star who's tossed out of the sport for hitting a referee and joins an ice show.

"Suspense" -- Hockey is more of an incidental backdrop than the prime focus in this movie, which came out in 1946. Belita, an English version of Henie, co-starred with veteran actor Barry Sullivan.

"The April Fools" -- Catherine Deneuve and Jack Lemmon are seen camped in the empty stands at the Forum in Inglewood, California, during this 1969 movie. They are shown watching a scrimmage of the Los Angeles Kings.

"Love Story" -- First came the best-selling novel, followed by the film version with Ryan O'Neal playing hockey for Harvard. Bill Cleary, part of the gold medal-winning U.S. team at the 1960 Squaw Valley Olympics, was Harvard's coach at the time and served as O'Neal's body double for the skating scenes. O'Neal's character brawls with Cornell players as a way of trying to win the heart of music student Ali McGraw. The hockey scenes were filmed at Harvard's famed Watson Rink. O'Neal (best actor) and McGraw (best actress) were Academy Award nominees. So was the movie itself, which was released in December 1970; adjusted for inflation, it's still one of the top-50 domestic grossing movies of all time.

"Face Off" -- Toronto Maple Leafs defenseman Jim McKenny (who wore No. 18) serves as Billy Duke (played by Art Hindle and wearing the same number) in the actual NHL game footage used in this 1971 movie about a hockey player who falls in love with a rock singer. Hockey Hall of Famer George Armstrong has speaking lines, numerous other Maple Leafs have small roles and Derek Sanderson of the Boston Bruins plays himself. The game footage used includes Hall of Famers Jean Beliveau, Gordie Howe and Bobby Hull.

"The Friends of Eddie Coyle" -- Peter Boyle and Robert Mitchum are featured in this film, which was released in 1973. Boyle portrays a Bruins fan, and there's a key scene that was shot in Boston Garden while an actual NHL game was in progress.

"Paperback Hero" -- For authenticity, this 1973 movie was filmed in the prairie hamlet of Delisle, Saskatchewan, home of Hall of Famers Doug Bentley and Max Bentley (Max actually appeared in the movie). A small-town hockey player, played by Keir Dullea (of "2001: A Space Odyssey" fame), begins losing his grip on reality and starts to think he's a gunslinger in the Old West. The province of Saskatchewan is as much a star of the film as the performers. It's considered by many people as one of the best Canadian movies ever made.